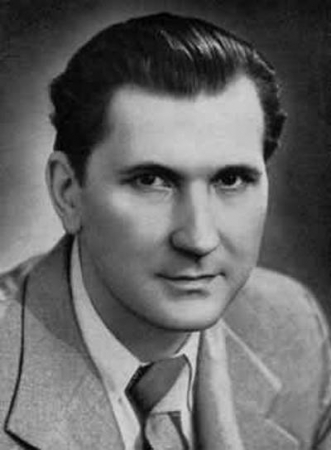 His artistic career heralds an entire stage   in history of domestic ballet.

In 1922 L.M Lavrovsky graduated from Choreography College and was invited to join the Company of the Kirov Opera  and Ballet Theatre, where he was performing major parts in classical ballet.

In the middle of 30’s L.M. Lavrovsky leaves the stage and devotes himself to ballet-master work. In 1935  he creates for Choreography College the graduation performance called «Katherine» in which were shown searches for psychological depth and historical truth. In 1938 L.M.Lavrovsky creates performance «The Prisoner of the Caucaus», which became a phenomenon in theatre life of that time. L.M.Lavrovsky also created the ballet “Romeo and Juliet» by Shakespeare. This ballet is the top of the pedagogical creative work of  the choreographer; this is a new stage in history of the world choreographic art.  Ballet creators were awarded with the USSR State Prize.

As the general ballet-master of the Bolshoi Theatre  (1944 – 1964), L.M. Lavrovskiy creates such ballets as  «The Red Poppy», «Walpurgis Night», «Fadette», «The Tale of the Stone Flower», «Paganini», « The Night Town», «The Pages of Life». Such ballets as «Gizelle», «Les Sylphides», «Raymonda» were also on stage in Lavrovsky’s interpretation.

Combining choreographic and pedagogical activities, L.M.Lavrovsky was teaching in Russian Academy of Theatre Arts and in Moscow State Choreography School. Students  admired  Lavrovsky, they noted his adherence to principles, exactingness, goodwill.  His every  lesson was a true holiday for them. Lavrovsky’s students  preserved and developed his messages in every aspect of choreographic art.